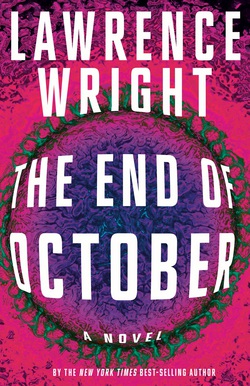 With April Comes The End of October

While our Books-A-Million President's Pick, The End of October has been all over the news this week in anticipation for its on sale date today, the nail-biting medical story feels like it could have been written straight from our headlines today. Lawrence Wright's riveting medical thriller chronicles Dr. Henry Parsons, an unlikely but appealing hero, racing to find the origins and cure of a mysterious new killer virus as it brings the world to its knees. Terry Finley, the President of Books-A-Million, was taken by the "historical perspective, strong characters and emotional punch" that Lawrence Wright brought to the timely novel, while Dwight Garner of the New York Times called the book a "sweeping, authoritative and genuinely intelligent thriller." Garner also noted that "while we long for that frabjous day when we can put Covid-19 behind us and once again grip the communal pen at the coffee shop counter, Wright’s novel is here as a real if solemn entertainment, a stay against boredom and a kind of offered prayer for the best in us to rise to the surface." If you're looking for something to keep you company during this unprecedented time, The End of October is the novel for you!