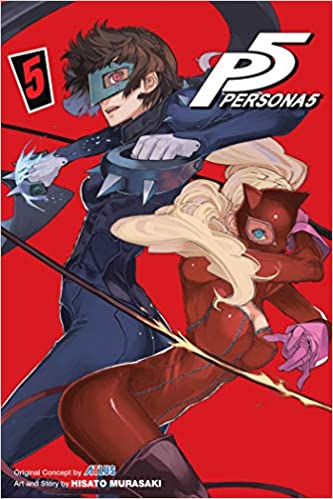 Top 3 Manga of the Week

Japan has given us many incredible things, from karaoke to emojis, but our favorite export of all is Manga. Manga comes out in weekly, bi-weekly, or monthly installments, so fans are constantly trying to keep up with the release date schedule. We're making things easy for you by rounding up our favorite new releases of the week.

Here are our top 3 Manga picks of the week!

Four Inklings get caught up in the Splatoon Turf Wars! The final match of the Ranked Battle Cup begins. Find out what happens when Team Blueperor steps into the arena with their greatest opponents, the fierce X-Blood.

A yakuza head finds himself ensnared in the unwavering attentions of a sometimes impetuous but always cunning schemer. If being yakuza doesn't get him killed, his new lover just might

To earn the trust of his beloved yakuza boss, Uichi finds quick success with the stock market trading Akitora has asked him to do for the family. But this gives Akitora's right-hand man, Asoda, dark feelings of envy toward his childhood friend. Of course, not everything can continue coming up roses for Uichi, and he soon discovers a mistake in his stock account that leaves him deep in debt.

Based on the popular video game, this manga's phantom thieves will steal your heart

After being arrested and having to transfer to a new high school in Tokyo, Akira Kurusu is given the goal of rehabilitation and awakened to a new power--the power of one's true self, a Persona. Using his Persona and the mysterious navigation app Mementos, Akira and his friends take on the role of Phantom Thieves, saving people from the twisted desires of those around them.

First, the Phantom Thieves reformed twisted schoolteacher Suguru Kamoshida. Next, they succeeded in changing the heart of their second target, the master artist Ichiryusai Madarame. But back in the real world, Shujin Academy student council president Makoto Nijima is starting to suspect that Akira and his friends may be more than just average students. Meanwhile, a criminal organization operating in Shibuya has started to target high school students in a new, devious scam. Will the Phantom Thieves be able to prove they're the good guys while keeping their identities a secret?