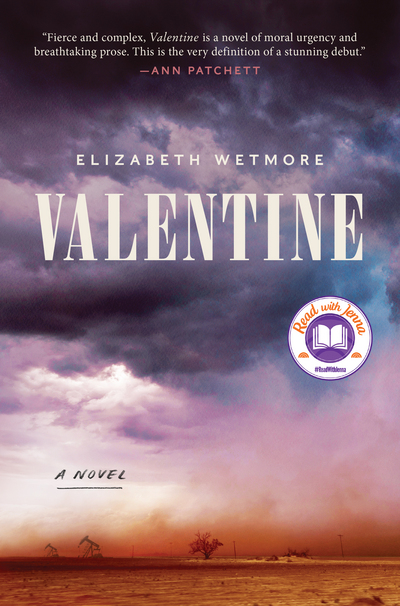 If You Liked That Book, Try This One!

Have you ever finished a book and felt like you have a reading hangover the next day? You want to go back into that world and relive it all for the first time, but it’s over. Done. You’ve read the last page and there are no new adventures to be had. There are other books, of course, but where do you start?

We’ve picked some of the most beloved books of the year and crafted a list of suggestions for similar stories. This will help you bridge the gap into your next summer read, and hopefully fill your book void a little faster!

If you liked Where the Crawdads Sing, you might want to read Valentine. In the early hours of the morning after Valentine’s Day [in 1976], fourteen-year-old Gloria Ramâirez appears on the front porch of Mary Rose Whitehead’s ranch house, broken and barely alive. The teenager had been viciously attacked in a nearby oil field–an act of brutality that is tried in the churches and barrooms of Odessa before it can reach a court of law. When justice is evasive, the stage is set for a showdown with potentially devastating consequences

If you liked Eleanor Oliphant is Completely Fine, you might want to read Normal People. Connell and Marianne grew up in the same small town, but the similarities end there. At school, Connell is popular and well liked, while Marianne is a loner. But when the two strike up a conversation–awkward but electrifying–something life changing begins.A year later, they’re both studying at Trinity College in Dublin. Marianne has found her feet in a new social world while Connell hangs at the sidelines, shy and uncertain. Throughout their years at university, Marianne and Connell circle one another, straying toward other people and possibilities but always magnetically, irresistibly drawn back together. And as she veers into self-destruction and he begins to search for meaning elsewhere, each must confront how far they are willing to go to save the other.

If you liked The Handmaid’s Tale, you might want to read The Book of V. Lily is a mother and a daughter. And a second wife. And a writer, maybe? Or she was going to be, before she had children. Now, in her rented Brooklyn apartment she’s grappling with her sexual and intellectual desires, while also trying to manage her roles as a mother and a wife in 2016.Vivian Barr seems to be the perfect political wife, dedicated to helping her charismatic and ambitious husband find success in Watergate-era Washington D.C. But one night he demands a humiliating favor, and her refusal to obey changes the course of her life–along with the lives of others.Esther is a fiercely independent young woman in ancient Persia, where she and her uncle’s tribe live a tenuous existence outside the palace walls. When an innocent mistake results in devastating consequences for her people, she is offered up as a sacrifice to please the King, in the hopes that she will save them all.

If you liked Alexander Hamilton, you might want to read The Lincoln Conspiracy. Everyone knows the story of Abraham Lincoln’s assassination in 1865, but few are aware of the original conspiracy to kill him four years earlier in 1861, literally on his way to Washington, D.C., for his first inauguration. The conspirators were part of a pro-Southern secret society that didn’t want an antislavery President in the White House. They planned an elaborate scheme to assassinate the brand new President in Baltimore as Lincoln’s inauguration train passed through en route to the Capitol. The plot was investigated by famed detective Allan Pinkerton, who infiltrated the group with undercover agents, including one of the first female private detectives in America.

If you liked Becoming, you might want to read Pelosi. The first biography of the Speaker of the House in a decade, Ball’s portrait shows Pelosi through a thoroughly modern lens, based on exclusive interviews with the Speaker and deep background reporting. Since the Democrats took back the House in the 2018 midterm elections, much of the party and the country have suddenly decided that Nancy Pelosi is not the synthesis of everything wrong, outdated, and out of touch in the Democratic Party. Suddenly, she’s an icon, a hero of the women’s movement, and the most qualified politician to take on Donald Trump. This is her story.

If you liked Simon vs. the Homo Sapiens Agenda, you might want to read Laura Dean Keeps Breaking Up With Me. Laura Dean, the most popular girl in high school, was Frederica Riley’s dream girl: charming, confident, and SO cute. There’s just one problem: Laura Dean is maybe not the greatest girlfriend. Reeling from her latest break up, Freddy’s best friend, Doodle, introduces her to the Seek-Her, a mysterious medium, who leaves Freddy some cryptic parting words: break up with her. But Laura Dean keeps coming back, and as their relationship spirals further out of her control, Freddy has to wonder if it’s really Laura Dean that’s the problem. Maybe it’s Freddy, who is rapidly losing her friends, including Doodle, who needs her now more than ever. Fortunately for Freddy, there are new friends, and the insight of advice columnists like Anna Vice to help her through being a teenager in love.