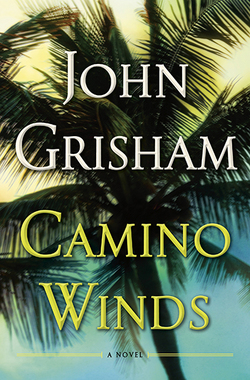 Get Swept Away In Camino Winds

Camino Winds, the follow-up to John Grisham’s beloved Camino Island, released today. Camino Island was hailed as a departure from Grisham’s normal legal thrillers, something Janet Maslin of the New York Times referred to as “a delightful surprise.” The book revolves around a murder that takes place in the midst of a devastating hurricane, and the mystery that surrounds the death. With the Florida island left shuttered, and the police ill equipped to handle the case, our protagonist sets out to solve it on his own. Though this beach thriller is intended as “escapist entertainment,” Maslin points out that “its timing unavoidably gives it a different resonance.” Though Grisham could not have known it when he was writing his novel, the natural tragedy feels reminiscent of the world we are navigating today. If you’re looking to get swept away in the hurricane of a beachy, albeit timely thriller, Camino Winds is the book for you.