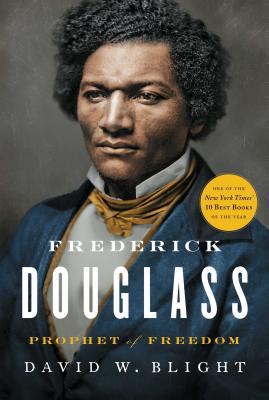 Black History Month is observed every February to celebrate the triumphs and struggles of African Americans in our nation's history. Here's a list of eight great books to help you learn and celebrate African-American history in the U.S.

Michelle Obama made history in 2009 when she became the first African-American First Lady. Her 2018 memoir is nothing short of inspiring. It's an intimate and inspiring book that covers a life filled with meaning and accomplishment. From the South Side of Chicago to the Ivy League to the White House, Michelle Obama's life is one of a perhaps unlikely rise to the top. In her memoir, she elegantly navigates issues of race and gender and tells her story with grace and warmth. A must-read!

The Underground Railroad, by Colson Whitehead

Colson Whitehead's 2016 Pulitzer Prize-winning novel offers an alternate history of slavery in the antebellum South. The novel tells the story of Cora and Caesar, two slaves who follow the Underground Railroad in hopes of gaining their freedom. But in Whitehead's conception, the Underground Railroad isn't a metaphor--it's an actual system of tracks and engineers and conductors. In this brilliant and terrifying imagining of the antebellum South, Whitehead tells the brutal story of our nation and the history we all share.

In 1989, Bryan Stevenson founded the Equal Justice Initiative--a legal practice to defend and protect those most desperate and in need: the poor, the wrongly condemned, and others whose basic human rights are often ignored. One of Stevenson's first cases was that of Walter McMillian, a young man who faced a death sentence for a murder he didn't commit. The complex case pulled Stevenson into a web of conspiracy, lies, and terrible injustice. Just Mercy is the powerful and unforgettable true story of McMillian's case and others like it, of the founding of the Equal Justice Initiative, and of a young lawyer's coming of age as he pursues mercy and justice.

The Blood of Emmett Till, by Timothy B. Tyson

In 1955, in a wave of white terrorism in the wake of the Brown v. Board of Education Supreme Court decision, a fourteen-year-old boy named Emmett Till was lynched by a group of white men in the Mississippi Delta. His brutal murder would become a pivotal event in the civil rights movement. Rosa Parks thought of Emmett Till when she refused to move to the back of the bus in Montgomery, Alabama, just a few weeks later. In the years that followed, the "Emmett Till generation" would go on to launch sit-ins that brought the civil rights movement into the public eye. This New York Times bestselling book reads like a detective story, taking a closer look at Emmett Till, not as a civil rights icon but as a person whose life was cut short brutally and senselessly.

First published in 1952 by an unknown writer, Invisible Man was a milestone upon its release, and has since earned a spot in the canon of great American literature. The novel's nameless narrator grew up in a black community in the South, attended and was expelled from a Negro college, and moved to New York to join the Harlem branch of "the Brotherhood." He imagines himself to be an Invisible Man, searching for a sense of personal and social identity, and for the realization of his own American Dream.

The Other Wes Moore, by Wes Moore

Two kids named Wes Moore were born just a few months and a few blocks apart. Their upbringings were very similar, and neither was very easy. Both grew up without their fathers in similar Baltimore neighborhoods. They both hung out on street corners and occasionally had run-ins with police.One of them grew up to be a Rhodes Scholar, a combat veteran of Afghanistan, a White House fellow, and a successful business leader. The other Wes Moore ended up a convicted murderer serving a life sentence. This fascinating book sets out to learn how two boys with the same history can have such different outcomes, focusing on a generation of boys trying to find their way.

If Beale Street Could Talk, by James Baldwin

Originally published in 1974, James Baldwin's remarkable novel is in the spotlight once again after being adapted into a major motion picture directed by Barry Jenkins. The novel is, at its heart, a story of love in the face of injustice. Nineteen-year-old Tish is in love with Fonny, a young sculptor and father to Tish's child. They plan to marry, but Fonny is wrongly accused of a terrible crime. In these two characters, James Baldwin has woven a bittersweet love story that's evocative of the blues--where love and sorrow are closely and tragically entwined.

Frederick Douglass (1818-1895) escaped from slavery when he was a young man, but not before being taught to read by his slave owner mistress. He would become a major literary figure: he wrote three versions of his own autobiography and published a newspaper. He was a social reformer, an orator, and an abolitionist. This remarkable and extensive biography draws on new information about Douglass to tell the intriguing story of his two marriages and his extended family, as well as his studies in Biblical history and theology. This is the first biography of Frederick Douglass in a quarter century, and long overdue.