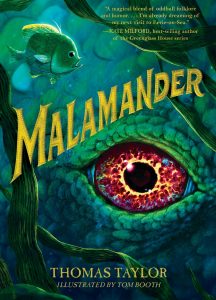 Thomas Taylor's debut is the delightfully quirky Malamander--a book that's perfect for middle grade readers, or anyone looking to lose themselves in a fantastical mystery. Keep reading to learn more about where Thomas got the idea for this imaginative first book in the brand new Eerie-on-Sea trilogy

It's winter in the town of Eerie-on-Sea, where the mist is thick and the salt spray is rattling the windows of the Grand Nautilus Hotel. Inside, young Herbert Lemon, Lost and Founder for the hotel, has an unexpected visitor. It seems that Violet Parma, a fearless girl around his age, lost her parents at the hotel when she was a baby, and she's sure that the nervous Herbert is the only person who can help her find them.

What inspired you to write this story?

‍Malamander didn’t take very long to write, but it did take a very long time to begin to write. In many ways I’ve been preparing for it since childhood, collecting stories and “days by the sea” without realizing what they would eventually be used for. My family has long had a connection with the sea — my grandfather was a sailor, as was his father before him, and many generations before that — and so the ocean has always fascinated me. Is it a barrier that holds us back? Is it a way of travel that joins us all together? And just what is it that lies hidden in its depths? Even today, nobody really knows what’s down there.A few years ago, I had an idea about a strange bookshop that dispensed books to its customers by means of a mechanical monkey. Not the book they would have chosen for themselves, but perhaps the book they needed. But although I loved the bookshop as a place and would spend time there in my mind, I just couldn’t seem to use it in a story. So the book dispensary sat at the back of my imagination, waiting, while I tried other ideas.One of those other ideas involved a remote seaside town where strange things happened out of season, which was based on where I live now. And then it hit me: this was where the book dispensary, with its creepy mechanical monkey, should be! And if the town has an eerie magical bookshop, then everything else there could have a hint of that magic, too. So suddenly I knew exactly what sort of stories should happen there, and Eerie-on-Sea was born.

‍How did you create the thoroughly inventive names of the unique objects and characters that reside in Eerie-on-Sea?

‍Names are very important to me, and I spend a lot of time trying to get them right. Malamander, Flotsamporium, cameraluna — I love to play with language and create new words if I can. So does my eleven-year-old son, Benjy. Which is why, when I was stuck for a name for the receptionist of the Grand Nautilus Hotel, I asked him for help. I told Benjy that I would like the name to suggest something to do with the sea or beachcombing. I explained there was something “fishy” about a lot of the names in Malamander. I didn’t really expect him to come up with anything usable, but he immediately proved me wrong. “How about Amber Griss?” he said. And I said, “. . . !”Ambergris, for those who don’t know, is the greatest treasure a beachcomber can find. It is a waxy substance from the belly of a whale. That sounds disgusting, but it’s actually highly prized by the perfume industry. A single lump of ambergris can fetch a high price at auction and be used to create some of the most intoxicating and mysterious perfumes in the world. But . . . it comes from a whale’s stomach! Something as quirky and strange as that definitely needed a name check in Eerie on-Sea, so I grabbed the name Amber Griss for my receptionist, with huge thanks to Benjy.

‍One of the major themes of Malamander is discovering lost things, whether it’s long-lost legends or actual artifacts. How did that lend itself so well to developing and unraveling the mystery components of the story?

‍I’ve always been fascinated by artifacts of past lives, and lost things, and about the tales they could tell. Herbie’s job as Lost-and-Founder is a great engine for stories, as anyone could walk in and report a missing item or anything could be handed in and be the catalyst for an adventure. I like to think that Herbie is sensitive to the loss that would have been felt by the owner of the things that are handed in to his Lost-and-Foundery, and so takes his custodianship of them seriously. It’s like being a detective, which gives Herbie an excuse to get involved and poke his nose where it might not be wanted.There are other forms of losing and finding in Malamander, too, such as Violet losing her parents and Herbie losing his past. In fact, everyone in the story has lost or is searching for something. Even the act of beachcombing is one of recovering lost things and making new discoveries. Old pieces of broken glass, discarded a century ago as worthless, have been transformed by the magic of the sea into sea glass — rubbish changed into eagerly sought treasure. Folklore is like this, too, with forgotten knowledge wrapped up in story, waiting to be rediscovered.

‍You have created some spectacular villains in this book. What do you enjoy most about writing sinister characters?

‍I enjoyed writing Sebastian Eels, who is the true villain of the story. He’s driven by a sense of entitlement and self-worth that makes him bulldoze his way through the lives of others. A character as sinister as that gives the heroes great agency, as they can be in little doubt that he must be stopped. Whether he can be stopped is a different matter altogether. Something tells me that Violet and Herbie haven’t seen the last of Sebastian Eels.

‍What types of fantasy elements most influenced the fabulous setting of Eerie-on-Sea?

‍Victorian circuses; steam-powered automata; tumbledown seaside fairgrounds; haunted lighthouses; the strangeness of the beach at low tide; piers, which in Britain seem always to be nearly — but not quite — falling down; machines that seem to have a life of their own; anachronistic electrical instruments made of brass, ceramics, and Bakelite; ancient legends that have an eerie hint of reality about them; crumbling seaside hotels where you should probably lock your door; animals that can talk…

‍Have you ever found something as thrilling as the Malamander egg in your beachcombing explorations?

‍People have asked if it’s really possible to find all the amazing and strange things Mrs. Fossil finds when she’s beachcombing. I can honestly answer that, yes, it is entirely possible. I have found examples of everything mentioned in the book, even — yes, you’ve guessed it — fossilized dino poo! A while back I walked my dog at low tide in a blistering gale — black clouds towering over us and waves crashing dangerously close —  and I found a beautifully preserved section of dinosaur bone, just lying there on the sand. I put it in my pocket. When I got home, I discovered the news that Malamander was going to be published. Looking back, it feels like I found a lot more than a fossil on that beach.

‍If you could have visited the Eerie Book Dispensary when you were Herbie and Violet’s age, what book would the mermonkey have dispensed to you?

‍This is difficult because if I knew the answer I wouldn’t have needed to go to the mermonkey in the first place. However, with hindsight, I guess that when I was “twelve-ish” I really needed to read something that gave me confidence. I didn’t feel that I fitted in as an older child, and my tastes and interests weren’t always mainstream. So I would have needed a book that told me that this was okay.‍

Have you ever been ‘dispensed’ a book that you didn’t know you needed, at exactly the right time?

‍The funny thing about books is that readers often find themselves, or some aspect of themselves, in them. A book we enjoy and engage in is like a mirror, even while simultaneously showing us the world through someone else’s eyes. Books can be magic in that way. I’ve certainly read stories that seemed weirdly pertinent to a real-life situation I was living through at the time, without ever expecting that when I first picked them up.

‍How does it feel to know that the fantastical world of Eerie-on-Sea could be represented on the big screen someday?

‍It’s very exciting to think that someone might actually build the mermonkey, and that I could approach it in real life and maybe throw a coin in its top hat! Or that someone might build a set for Seegol’s Diner, and the Grand Nautilus Hotel, and the Flotsamporium! The prospect of places I have invented being made real is very exciting indeed. And as for the idea of meeting Herbie and Violet in person, or Lady Kraken, or Boathook Man, or… well! That would be, quite literally, a dream come true.

‍When you return to Eerie-on-Sea for book 2, what can readers expect? Without getting too specific (no spoilers!), what do you think will surprise us most?

‍In the next book -- which is entitled Gargantis -- we meet a very different type of seaside weather to the mists and ice of Malamander. We also meet the famously superstitious Fishermen of Eerie, the sinister figure of Deep Hood, and take a boat trip to the heart of a legendary storm. Mrs Fossil finds something extraordinary on the beach, the Mermonkey dispenses a terrifying book, Lady Kraken activates her cameraluna once again, and Herbie discovers that there is a deep secret hidden in Eerie-on-Sea that is somehow connected to his own mysterious past. 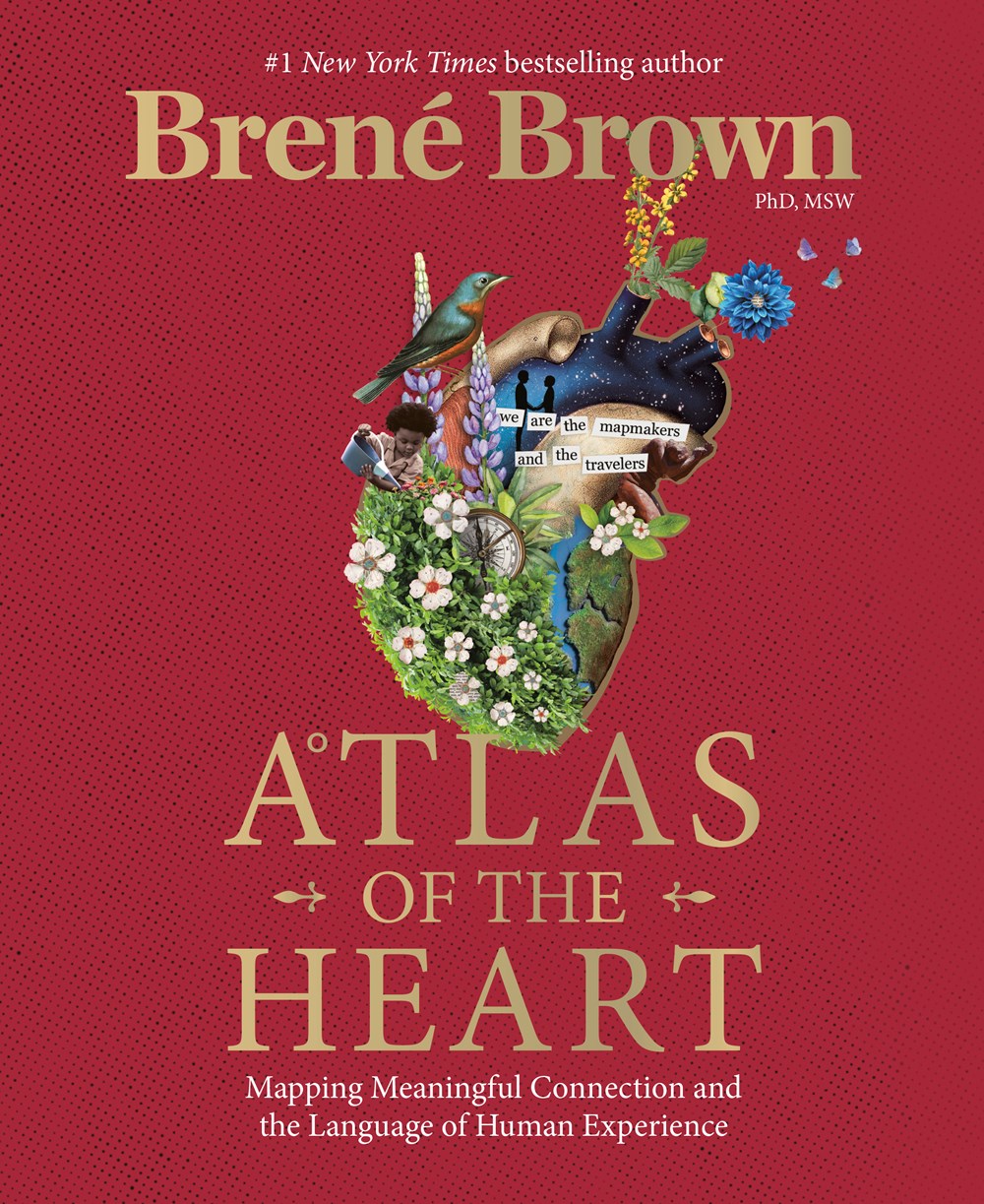