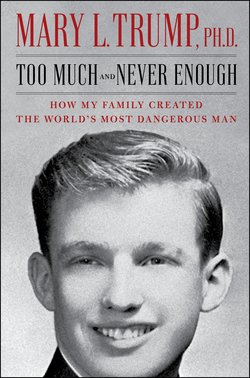 Will It Be Too Much and Never Enough?

According to the plaintiff, Mary Trump is under a confidentiality agreement as part of the settlement from Fred Trump’s will. Mary Trump’s attorney, Ted Boutrous, who has also represented CNN on First Amendment issues, commented in a statement that the legal action was meant to “suppress a book that will discuss matters of utmost public importance. They are pursuing this unlawful prior restraint because they do not want the American people to know the truth. The courts will not tolerate this brazen effort to squelch speech in violation of the First Amendment.”

Simon & Schuster’s spokesperson Adam Rothberg, reacted in a statement saying, “As the plaintiff and his attorney well know, the courts take a dim view of prior restraint, and this attempt to block publication will meet the same fate as those that have gone before. In Too Much and Never Enough: How My Family Created the World’s Most Dangerous Man, Mary Trump has written a compelling personal story of worldwide significance, and we look forward to helping her tell her story.”

Mary Trump spent much of her childhood in her grandparents’ large, imposing house in the heart of Queens, New York, where Donald and his four siblings grew up. She describes a nightmare of traumas, destructive relationships, and a tragic combination of neglect and abuse. Too Much and Never Enough: How My Family Created the World’s Most Dangerous Man is her firsthand witness to countless holiday meals and interactions. She has the education, insight, and intimate familiarity needed to write the fascinating and unnerving saga of one of the world’s most powerful families.

Similar legal action was taken just this week to stop John Bolton on the release of his memoir, The Room Where It Happened. That motion was denied and the book was released this past Tuesday.