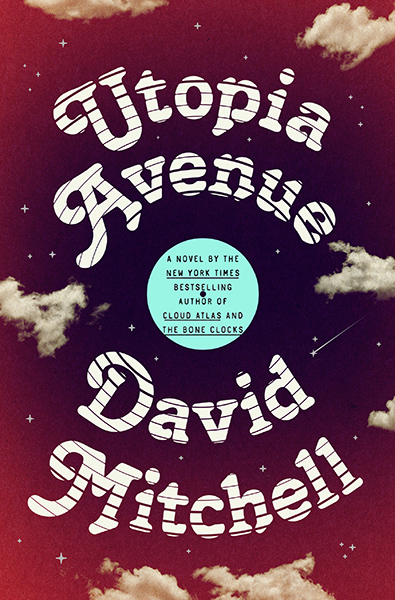 Utopia Avenue: The Greatest Band That Never Was

Soho, London, 1967. Folk-rock-psychedelic quartet Utopia Avenue is formed. Or, at least, that's the world David Mitchell invented with his newest novel Utopia Avenue, a book about the rise of a psychedelic Sixties band that never was.

NPR recently interviewed Mitchell on his novel about the strangest British band you've never heard of. Emerging from London's psychedelic scene in 1967, and fronted by folk singer Elf Holloway, blues bassist Dean Moss and guitar virtuoso Jasper de Zoet, Utopia Avenue embarked on a meteoric journey from the seedy clubs of Soho, a TV debut on Top of the Pops, the cusp of chart success, glory in Amsterdam, prison in Rome, and a fateful American sojourn in the Chelsea Hotel, Laurel Canyon, and San Francisco during the autumn of '68.

Mitchell fell in love with the energy that filled the sixties and "the particular dark magic that was in the air at that time and place. The music — 1967 was an astonishing year. Pop got separated from rock in this time, and just a year when a critical mass of people began to believe that if only they wished it badly enough and wanted it, then society could be recalibrated and rebooted. But yet, just while that window was open, things came in which germinated and contained the seeds of the future."

Over two years and two albums, Utopia Avenue navigates the dark end of the Sixties: its parties, drugs and egos, political change and personal tragedy; and the trials of life as a working band in London, the provinces, European capitals and, finally, the promised land of America. What is art? What is fame? What is music? How can the whole be more than the sum of its parts? Can idealism change the world? How does your youth shape your life? This is the story of Utopia Avenue. Not everyone lives to the end.

David Mitchell's kaleidoscopic novel tells the unexpurgated story of Utopia Avenue's turbulent life and times; of fame's Faustian pact and stardom's wobbly ladder; of the families we choose and the ones we don't; of voices in the head, and the truths and lies they whisper; of music, madness, and idealism.

Utopia Avenue is a novel that makes you want to pick up your paint brush, your clarinet from high school, your paper and pen. It thrums with music and life and creativity. It forces you to ask the question: can we really change the world, or does the world change us?