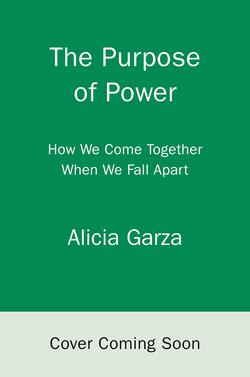 The Purpose of Power

This weekend, the New York Times featured Alicia Garza, the innovative co-creator behind #BlackLivesMatter, for her activism in police reform in America. Alicia’s new book, THE PURPOSE OF POWER: HOW WE COME TOGETHER WHEN WE FALL APART comes out in October and is an essential guide to building transformative movements for the challenges of the twenty-first century.

In 2014, Alicia penned a letter via Facebook. It was a love letter of just five short sentences, written in response to the acquittal of George Zimmerman, for the murder of Trayvon Martin, Garza wrote:

Coupled with the speed and networking capacities of social media, #blacklivesmatter was the hashtag heard round the world. But Alicia Garza well knew that the distance between a hashtag and real change would take more than a single Facebook to cover. It would take a movement. Garza was a lifelong activist who had spent the previous decades educating herself on the hard lessons of organizing. She developed a mode of organizing based on creating deep connections with communities, forging multiracial, intersectional coalitions, and, most of all, calling in all sorts of people to join the fight for the world we all deserve.

This is the story of an activist’s education on the streets and in the homes of regular people around the country who found ways to come together to create change. And it’s also a guide for anyone who wants to share in that education and help build sustainable movements for the 21st century at any level, whether you’re fighting for housing justice in your community or advocating for a political candidate or marching in the streets or just voting. It’s a new paradigm for change for a new generation of changemakers, from the mind and heart behind one of the most important movements of our time.