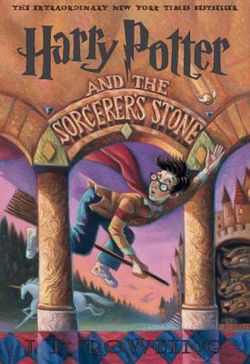 May has been an exciting month in the YA world! The new Hunger Games prequel, Ballad of Songbird and Snakes, is coming out May 19, and on Monday, news broke that Midnight Sun, the next in the Twilight series from Edward’s point-of-view, is finally releasing in August!

Then today, when we thought we couldn’t handle anymore amazing YA news,   Entertainment Weekly announced that Daniel Radcliffe is making a return to Harry Potter by leading off a celebrity read aloud of Harry Potter and Sorcerer’s Stone as part of J.K. Rowling’s Harry Potter at Home initiative! Subsequent chapters releasing in the following weeks will be read by celebrities like Eddie Remayne, Stephen Fry, David Beckham, Dakota Fanning, and Claudia Kim.

Harry Potter at Home plans to put “a Banishing Charm on boredom” during this period of social distancing, and as J.K. Rowling herself said, we all “need a bit of magic” during this time. Grab your wand, your invisibility cloak, and your book to tune in! There’s even an illustrated Harry Potter and the Sorcerer’s Stone for reluctant readers to stay engaged and read along with their favorite celebrities. This event is perfect for longtime Harry Potter fans and first time readers alike to apparate straight from their houses, and into our favorite wizarding world!