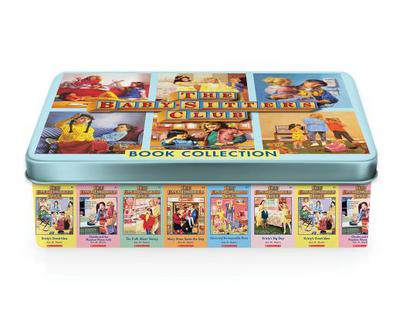 The Baby-Sitters Club is Netflix Nostalgia at its Best

The Baby-Sitters Club was recently revived for a 10-epsiode Netflix series! If you're looking for a show where "worries aren't too worrisome," you should definitely tune-in.

With more than 200 books written and 175-million copies sold, The Baby-Sitters Club was one of NPR writer Katie Presley's favorite parts of growing up. She applauds the new girl-centric show for taking on big issues like divorce and death without talking down to their young audience-- a trait that was also the heart author Anne M. Martin's books.

In Presley's words, 'Everything is the same size when you're young, the big stuff and the little stuff." The show does an incredible job of capture that feeling, discussing issues like Claudia's sick grandmother and Stacey's crushes, with respect and reverence. It never speaks down to its young audience, instead, it applauds them. It shows these young girls to be "smart, funny, industrious"-- girls who are growing their individual passions while taking care of each other.

The show discusses issues Martin's books didn't-- the girls babysit for a transgender child, and a video of Stacey having a diabetic seizure gets texted to her peers-- but the modern twist doesn't take away from the heart of the The Baby-Sitters Club. It still feels like you're revisiting your best friends when you watch, perfect for both nostalgic millennials and new, young viewers.

The original, retro books are still available to read. But they've also been revamped as graphic novels, perfect for a new generation.

What doesn't ever change is that no matter what comes up -- cranky toddlers, huge dogs, scary neighbors, prank calls -- you can count on the BSC to save the day.