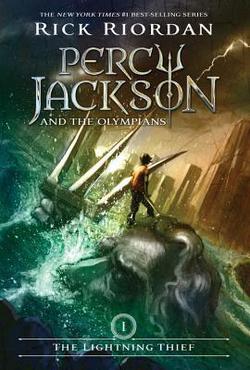 Percy Jackson is Coming to Disney+!

Percy Jackson is coming to Disney+! In a Tweet to his fans Friday, Rick Riordan broke the news:

“We can’t say much more at this stage but we are very excited about the idea of a live-action series of the highest quality, following the storyline of the original Percy Jackson five-book series, starting with The Lightning Thief in season one. Rest assured that Becky and I will be involved in person in every aspect of the show.”

The Percy Jackson series combines classic Greek mythology with modern adventure and begins with Percy Jackson and the Olympians, Book One the Lightning Thief. After learning he is a demigod, twelve-year-old Percy Jackson is sent to a summer camp on Long Island, where he meets the father he never knew–Poseidon, God of the Sea. The fun only takes off from there!

The series consists of five books:

We can’t wait to see this series brought to life on Disney+! Stay tuned for more news and make sure to grab a copy of the book to read along!