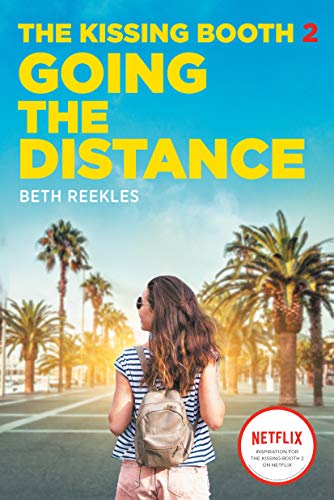 Kissing Booth 2: Froth for the Heart

Glamour's Christopher Rosha just gave a rave review for Netflix's Kissing Booth 2 sequel, and we are in full agreement. In his words, the movie is "like three giant scoops of ice cream, the film was sweet, sugary, and uncomplicated: the perfect sedation for scary times."

Based on the book Kissing Booth 2: Going the Distance, we find ourselves right back in the middle of Elle and Noah's love story. Elle Evans seems to have finally tamed hotter-than-hot bad boy Noah Flynn, but now they're facing a new challenge. Noah's 3,000 miles away at Harvard, which means they're officially a long-distance couple - and it's tough. After all, there's only so much texts and calls can do- and when Elle sees a post which suggests Noah's getting friendly with someone else, she's devastated.

On top of that, it's hard to ignore new boy Levi. He's gentle, sweet, cute - and definitely interested in Elle.

The book-turned-movie is a feel good to watch, the best anecdote to these crazy times. To make it even better? "There is some substance underneath the froth (though, to be clear, there's nothing wrong with enjoying something that's just froth). The movie's cast is incredibly diverse and its characters nuanced; no one is pigeonholed or type-cast as one thing."

There is much power in putting dynamic characters in feel-good stories. These roles "shouldn't only go to white, straight, cisgender actors... Black joy, Latinx joy, queer joy, female joy—there's so much joy in this film that it almost overflows" Teenagers and adults alike can embrace this love story, the overflowing message that happily ever after is for everyone speaks to hearts of all ages.

Read it before you see it: The Kissing Booth 2 will remind you what is wonderful about the world.