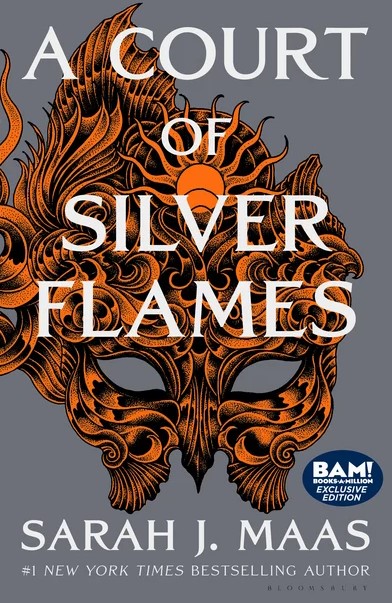 It Won't Last Long: Exclusive Edition of A Court of Silver Flames

We are excited to announce that our Books-a-Million Exclusive edition of a A Court of Silver Flames comes out February 16. But don't expect them to last long... Get your copy now while we they are still in stock!

Perfect for fans of Kristin Cashore and George R.R. Martin, Sarah J. Maas' sexy and action-packed Throne of Glass series is impossible to put down.

You will fall in love with Feyre and Rhysand, and you'll be entranced over the world of Corts and High Fae. I couldn't stop when I started the series, staying up all night to keep reading. For anyone who needs to escape to a different world, this is the series for you.

Start from the top of the series and read them in the following order:

1. A Court of Thorn and Roses

When nineteen-year-old huntress Feyre kills a wolf in the woods, a beast-like creature arrives to demand retribution for it. Dragged to a treacherous magical land she only knows about from legends, Feyre discovers that her captor is not an animal, but Tamlin--one of the lethal, immortal faeries who once ruled their world.

2. A Court of Mist and Fury

3. A Court of Wings and Ruin

3. Part 2- A Court of Frost and Starlight (Novella)

4. The BAM Exclusive Edition of A Court of Silver Flames!

Make sure to order our Books-A-Million Exclusive Edition that includes an extra chapter from the point of view of Azriel!