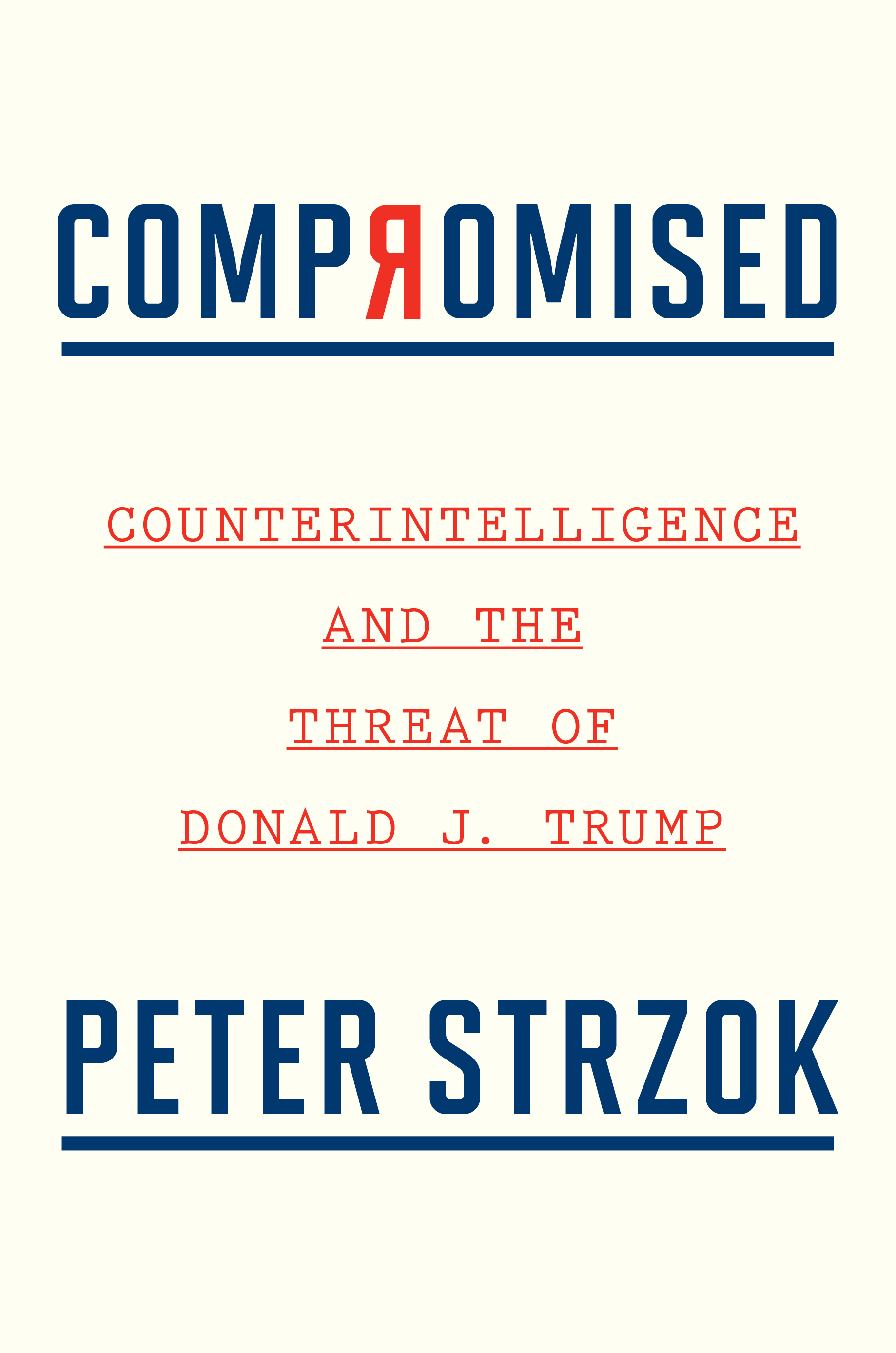 Have We Been Compromised?

Peter Strozk, the former FBI Deputy Assistant Director of Counter Intelligence and a 22-year veteran of the Bureau, is releasing his first book, Compromised. This book will cover some of the most publicized and scrutinized undercover investigations that Strozk has been part of.

Strozk was selected to head the FBI’s investigation into Russian interference in the 2016 presidential campaign and worked with Robert Mueller as a leader of the FBI’s efforts in creating the Special Counsel’s Office. Also a veteran of the U.S. Army’s 101st Airborne Division, he is the recipient of the FBI’s highest investigative honor, the Director’s Award for Excellence.

When he opened the FBI investigation into Russia's election interference, Peter Strzok had already spent more than two decades defending the United States against foreign threats, investigating a range of other high-profile cases, from WikiLeaks to the 9/11 hijackings to Hillary Clinton’s private email server.

His career in counterintelligence ended shortly after he headed the Russian investigation, when the Trump administration used his private expression of political opinions to force him out of the Bureau in August 2018. But by that time, Strzok had seen more than enough to convince him that the commander in chief had fallen under the sway of America's adversary in the Kremlin.

In Compromised, Strzok draws on lessons from a long career--from his role in the Russian illegals case that inspired The Americans, to his service as lead FBI agent on the Mueller investigation--to construct a devastating account of foreign influence at the highest levels of our government. And he grapples with concepts of national security that should concern every US citizen.

Compromised is coming out September 8th-- go ahead and pre-order your copy!