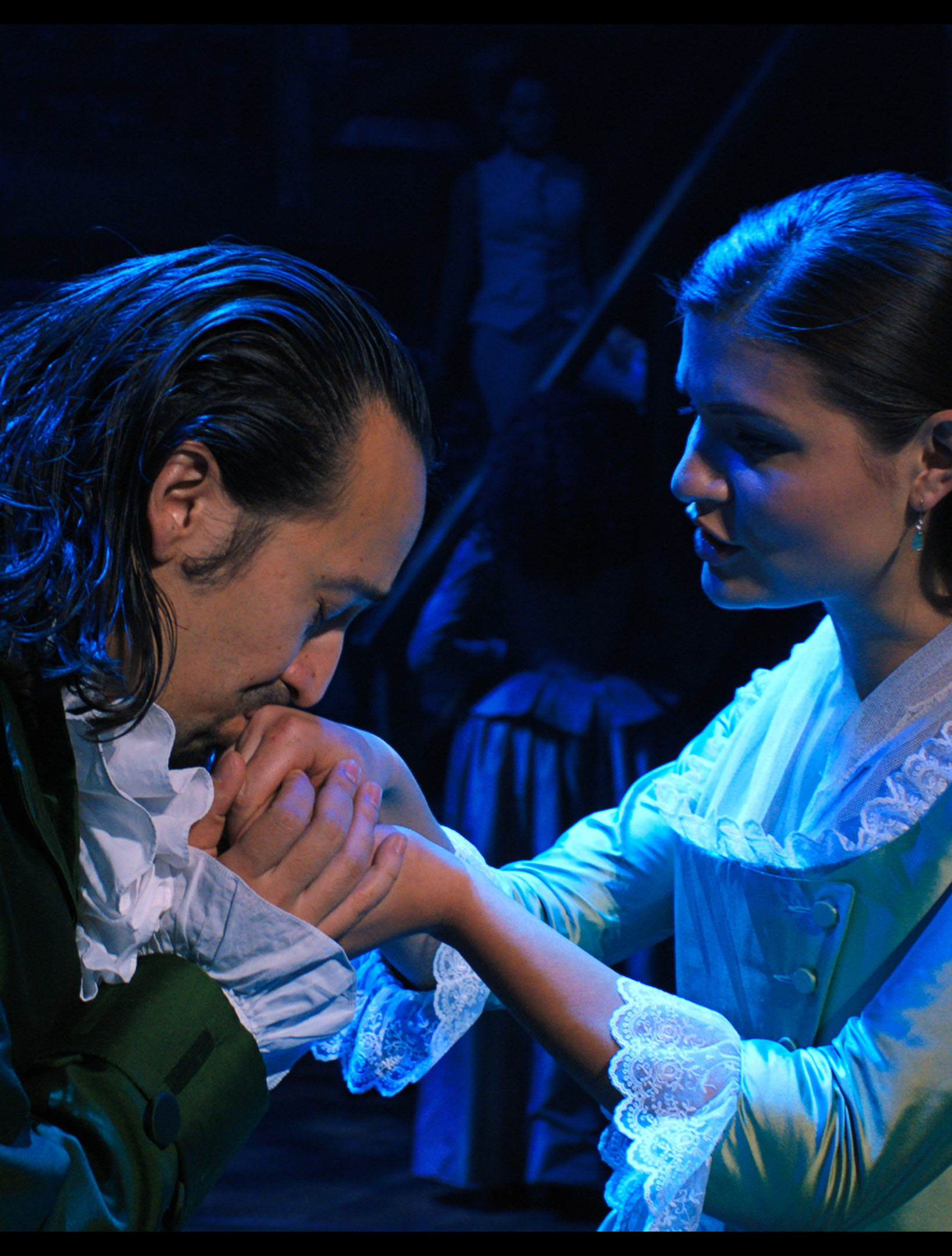 “I’m so proud of how beautifully Tommy Kail has brought Hamilton to the screen,” star and creator Lin-Manuel Miranda said in a statement. “He’s given everyone who watches this film the best seat in the house. I’m so grateful to Disney and Disney+ for reimagining and moving up our release to July 4 weekend of this year, in light of the world turning upside down. I’m so grateful to all the fans who asked for this, and I’m so glad that we’re able to make it happen. I’m so proud of this show. I can’t wait for you to see it.”

In the meantime, there are books to tide you over! The book that inspired the musical was Pulitzer Prize-winning author Ron Chernow’s landmark biography of Alexander Hamilton, the Founding Father who galvanized, inspired, scandalized, and shaped the newborn nation.

Or you can read Stephanie Dray’s historical novel My Dear Hamilton: A Novel of Elizabeth Schuyler Hamilton, the story of Eliza Schuyler Hamilton, a revolutionary woman who, like her new nation, struggled to define herself in the wake of war, betrayal, and tragedy.

If you’re just dying to know more about the musical, you can pick up Hamilton: The Revolution, which includes libretto and photographs from the musical, as well as an account of the creation of the musical, from the composition of the first song of the show in 2009, to opening night in 2015.

Broadway has not put on any shows since the start of COVID-19 in mid-March, but the show must go on! The 4th of July might look a little different this year, but we’re thrilled to be spending it watching Hamilton. Watch the trailer below!