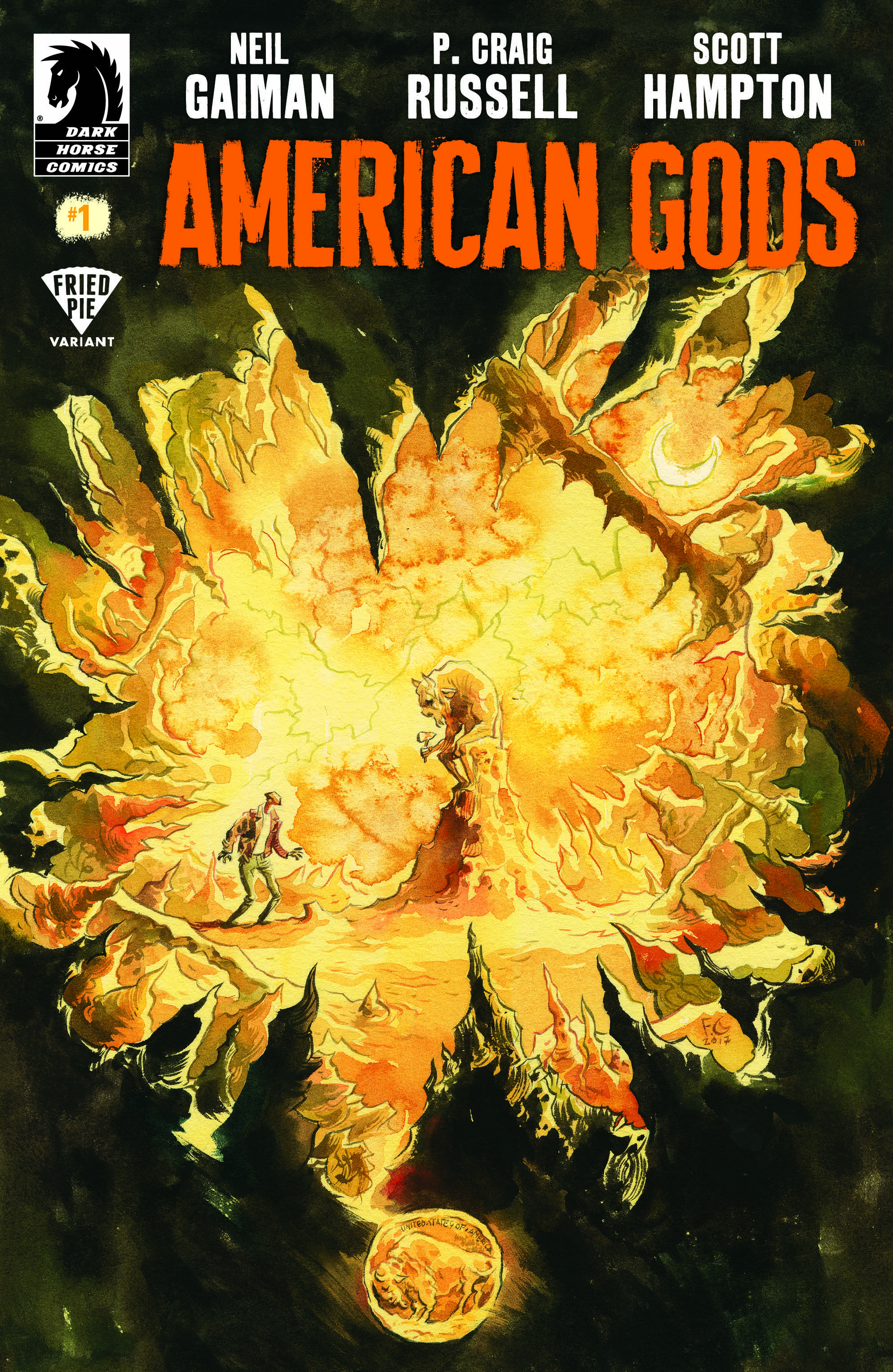 It’s official, folks! Neil Gaiman’s award-winning novel American Gods has been adapted into a comic book series ahead of the television adaptation premier in April. And Fried Pie has a special variant cover for the first issue.The comic book series will adapt Gaiman’s novel into 27 issues with three distinct arcs: Shadows, My Ainsel, and The Moment of the Storm. P. Craig Russel, a frequent Gaiman collaborator, will adapt the novel for comics, and Scott Hampton, of Sandman fame, will illustrate most of the interior. Additional artists, such as Mark Buckingham, Walt Simonson, and Colleen Doran will also play a role in special sequences.However, it’s the Fried Pie variant cover that we’re most excited about. This exclusive cover was illustrated by none other than Fabio Moon. Moon, who has often worked with Image Comics and Dark Horse, is the beloved illustrator behind ROCK’n’ROLL, PIXU, and Casanova.

Make sure to pre-order your exclusive Fried Pie variant American Gods #1 today only at booksamillion.com.Click here to buy.