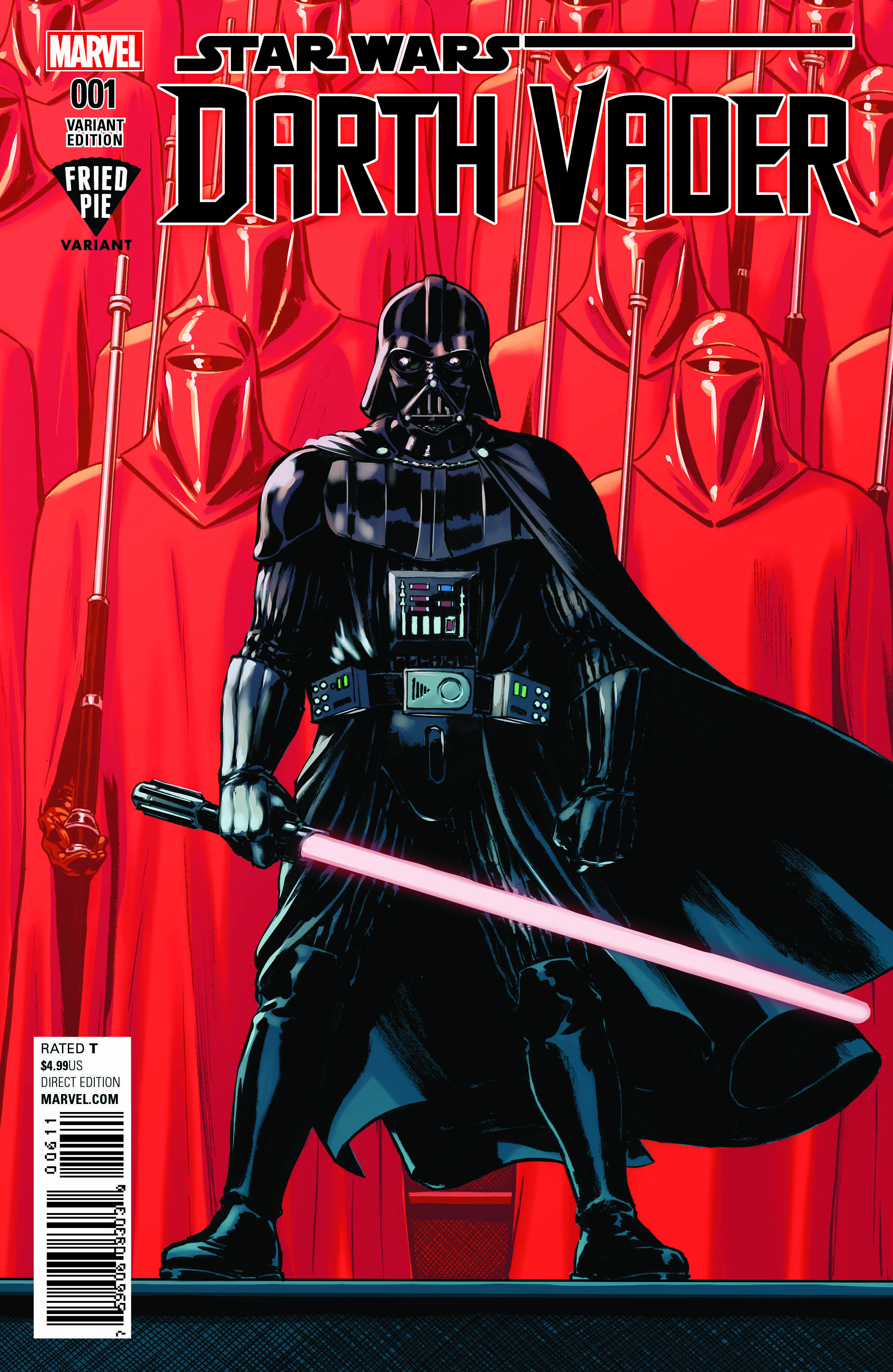 Star Wars fans rejoice! Marvel is bringing none other than Darth Vader himself – the original on-screen baddie we all know and love – back to comics with the character’s second solo series. And Fried Pie Comics has an exclusive cover to celebrate the first issue.The new Darth Vader series addresses a little known period of the canonical Skywalker Saga: the birth of Darth Vader. Picking up minutes after the end of Episode 3, Anakin Skywalker is reborn as Darth Vader and takes his first steps down the path of the Sith. The new series deals with iconic moments of Star Wars lore, in which fans will finally see the construction of Vader’s red lightsaber, the fallout from Darth Sidious’ Order 66, and the beginnings of the Inquisitor program (of Star Wars: Rebels fame).The Fried Pie variant cover was illustrated by David Lopez. Lopez, a Spanish comic book artis, has worked in both the Spanish and American comic book markets. He is best known for his role in creating and illustrating Fallen Angel while the series was published by DC. Since then, Lopez has illustrated for All-New Wolverine, Captain Marvel, and numerous other Marvel and DC titles.Make sure you preorder your Fried Pie variant of Darth Vader #1 now at booksamillion.com.