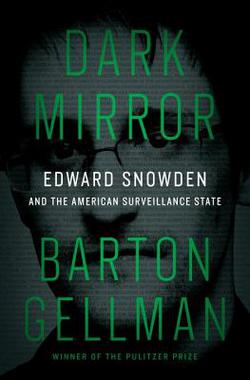 This week NPR released a fascinating interview with three-time Pulitzer Prize winner Barton Gellman. Gellman’s new book, Dark Mirror is the narrative of Edward Snowden and the modern surveillance state, based on Gellman’s unique access to Snowden and his groundbreaking reportage.

Gellman was one of three journalists with whom Edward Snowden chose to leak thousands of classified documents about U.S. surveillance programs. In his new book, Gellman writes about his experience with Snowden and the high-stakes reporting that ultimately changed the nation, and garnered Gellman the Pulitzer Prize.

Gellman and Snowden had a tense personal relationship, but it was a relationship of mutual regard. In his NPR interview, Gellman remarks, “Ed Snowden succeeded beyond the wildest ambitions that he could plausibly have had… Even the biggest critics of Snowden — not all of them, but some of them… all say he started a debate that the public needed to have about the limits of surveillance in a democratic society.”

For Gellman, that was only the beginning. He jumped off from what Snowden gave him to track the reach and methodology of the U.S. surveillance state and bring it to light with astonishing new clarity. Along the way, he interrogated Snowden’s own history and found important ways in which myth and reality do not line up. Gellman treats Snowden with respect, but this is no hagiographic account. Dark Mirror sets the record straight in ways that are both fascinating and important.

With the vivid and insightful style that is Gellman’s trademark, Dark Mirror is a true-life spy tale about the surveillance-industrial revolution and its discontents. Pick up your copy today!