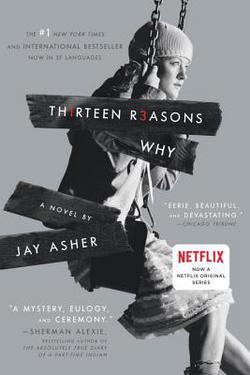 13 Reasons Why: The Season 4 Trailer is Here!

The trailer for the fourth and final season of 13 Reasons Why finally released this morning!

The first season of the hit Netflix show was based on the book of the same name. In the novel, Clay Jensen returns home from school to find a strange package with his name on it lying on his porch. Inside he discovers several cassette tapes recorded by Hannah Baker–his classmate and crush–who committed suicide two weeks earlier. He spends the night crisscrossing their town, listening to Hannah’s voice recounting the events leading up to her death. He becomes a firsthand witness to Hannah’s pain, and as he follows Hannah’s recorded words throughout his town, what he discovers changes his life forever.

In the past three seasons, we’ve seen Clay grow as he has faced impossible challenges. This season is no different: Clay is carrying a secret, but this time it might break him. We won’t spoil anything for you, but you can watch the trailer below to find out more!

Season 4 of 13 Reasons Why premieres on Netflix on June 5th! Go ahead and pick up your copy of the book while you're waiting!EW Article